The overall goal of the Projects and Training component of POWA’s work is to build capacity – internally and externally. Aim is to strengthen Violence against Women’s  and Girls sector interventions that are women-centred and rights-based, ensuring our planned interventions respond to the intersections between Violence against Women, HIV and Poverty.

Working closely with all programmes and services of POWA, the department’s strategy centres on building individual, organisational and community capacity to respond to and prevent Violence against Women & Girls. Activities focuses on improving services for women and girls survivors as well as activities which aim at women’s leadership and transformation. POWA’s training and learning programs ranges from one and 5 day workshops through to year-long multi-modal strengthening capacity programmes.

Objectives of the Department are as follows:

The following mechanisms are used to deliver key programme messages:

The workshops are mainly conducted in provinces where POWA does not have a physical structure (presence) and participants are community care givers, activists, community mobilises, trainers and women representative from the communities.

Women are trained on gender and socialisation, abuse and all its forms, sexual violence, reporting processes, roles of different stakeholders in the Criminal Justice System (CJS) including procedure to follow when applying for a protection order and other court processes.

About the Writing Project

Built on feminist principles, the project encourages women, through writing, to rid themselves of the shackles of silence, which often are the means through which the violence is perpetuated.

In 2005, a need was identified to create a collective space through which women could share their stories of surviving gender based violence. POWA proceeded to set up the Writing Competition (now Project) by inviting women throughout the country to send short stories, poems and personal stories about their journey of survival.

In 2008, POWA reviewed the project’s structure and after much consideration, decided to change it from competition to project, thereby creating a safe space for as many women voices as possible.

One of the ways in which POWA empowers aspiring writers is by developing and improving writing skills. To this end, women are assisted to create a world which is safe in their country, communities, bodies, homes and minds through writing.

Since its inception, the project has produced the following Anthologies under the Breaking the Silence series:

The agreed outcomes of SeVISSA are as follows:

POWA’s contribution is implementing The National Schools Safety Framework which is aimed at assisting schools in understanding all security issues and threats thereafter respond accordingly.

The second pillar of SeVISSA is focusing on women in communities. 1st for Women Insurance company has made funds available to conduct dialogues, radio listening groups as well as door to door campaigns in Diepsloot. To date, fifty women have been trained on Violence against Women and Law. These women in turn conduct community door to door campaign informing households about abuse causes and effects of violence. 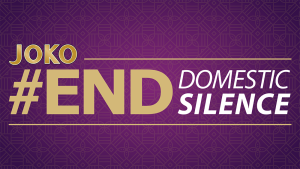