This was the argument Qwelane’s advocate Musatondwa Musandiwa started outlining on Monday at the Johannesburg High Court.

Musandiwa was defending Qwelane and the column he penned‚ which the South African Human Rights Commission (SAHRC) found amounted to hate speech.

In the column Qwelane suggested the Constitution’s acceptance of gay marriage would lead to “some idiot [demanding] to marry an animal“. The column also endorsed Zimbabwe president Robert Mugabe’s stance on homosexuality… Read more

Former journalist and ambassador to Uganda Jon Qwelane’s 2008 Sunday Sun column‚ criticising the Constitution’s acceptance of same-sex marriage‚ was offensive but not hate speech.  This […]
Do you like it?0
0 Read more 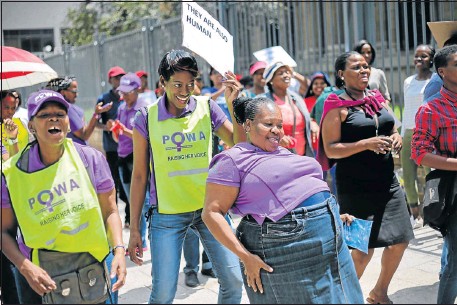 ORMER journalist and ambassador to Uganda Jon Qwelane’s 2008 Sunday Sun column criticising same-sex marriage was offensive but not hate speech. This was the argument Qwelane’s […]
Do you like it?0
0 Read more Stand in solidarity against hate speech

Over eight years ago the high-profile journalist, Jon Qwelane, published an article in the Sunday Sun titled “Call me names, gay is not ok”. In reaction […]
Do you like it?1
0 Read more
Prev page
123456789101112
Next page